Missed Part I? Read it here! 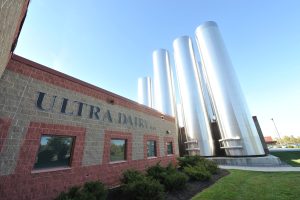 In 2004, Byrne Dairy opened Ultra Dairy (now known as Byrne Dewitt), a glorious 40,000 sq. ft. ultra-pasteurization manufacturing plant located in East Syracuse. The plant is somewhat of a landmark along the 481 corridor, with its gleaming silos shining in the sunlight (and now, lit up at night). Just a few years later, the brand invested $28 million to expand the facility. Byrne was now one of the few independent family-owned dairies to construct and manage a plant capable of producing Ultra High Temperature dairy products with an extended shelf life.

In 2012, Byrne entered the cultured market with the announcement of a 75,000 sq. ft. yoghurt plant and Agri-Tourism Park in Cortlandville, New York. The plant opened in 2014 and included state-of-the-art processing, filling, and packaging equipment and a viewing area where visitors could watch the manufacturing process from start to finish. Here, Byrne produced its popular Greek and conventional yoghurt and sour cream under the Byrne Hollow Farm label until the facility was retooled in 2021 to accommodate extended shelf life and aseptic dairy production.

“Ahead of the Curve” 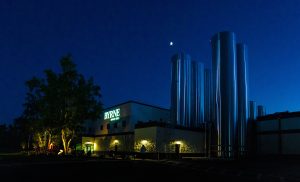 In August 2022, Byrne’s Dewitt facility (now spanning an impressive 200,000 sq. ft., not including the recently constructed Wastewater Treatment Plant, which opened on-site in 2021) was named Dairy Plant of the Year by Dairy Foods Magazine for its achievements in aseptic production, food safety, sustainability, and other categories. While some businesses would be content with the status quo, Byrne is already planning its future growth, which includes the addition of five more filling lines in the next 12 months (four at Cortlandville and one new line at Dewitt). That will be a total of 19 lines added in the next two years for a grand total of 11 lines at Dewitt and eight at Byrne Cortlandville.

With the addition of new lines comes new employees. Byrne is currently recruiting for several positions at both production facilities and continues to be one of the best employers in the Central New York area.

“My dad’s only agenda was to pass the business on and make it successful year after year,” Carl Byrne concludes. “I have the same ambition my father had. I want to see the business carried on.”

Following Vin’s “simple” rules—if you wouldn’t feed the product to your own family, don’t sell it—Byrne continues to put family, employees, and customers first. On February 2, 2023, or “Founder’s Day,” as it’s known at Byrne, the brand will celebrate a milestone 90 years in business. It will be a day of celebration, but then it’ll be back to business as usual: planning for the future, hiring new members of Team Byrne, and producing quality products for dairy co-manufacturing partners and consumers.